Create an Account - Increase your productivity, customize your experience, and engage in information you care about.

There were 149 firearms turned in. That number broke the record for any gun buyback sponsored by Yale New Haven Hospital in the region. Of those 149 firearms, 3 were classified as assault weapons, 3 were derringer-style pistols, 71 were rifles/shotguns, and 72 were pistols/revolvers. Additionally, several hundred rounds of ammunition were handed in, as well as 14 BB and pellet guns. One person brought in a sword.

The event promoted gun safety and safe storage. Many gun owners came in for the free car safes and gun locks that were offered. One hundred cars safes were handed out, along with 63 gun locks. It is now against the law in Connecticut to leave an unsecured gun in an unattended motor vehicle, so the car safes were very popular.

The gun buyback was held in the spirit of public safety and prevention to make our homes and community safer. The buyback provided an opportunity for people to anonymously and safely dispose of unwanted and unsecured guns in exchange for gift cards. The goal was to prevent guns from falling into the wrong hands, such as those of curious children, people suffering from a suicidal episode, those suffering from dementia, perpetrators of domestic partner intimidation and violence, and also being targeted for theft and ending up in the hands of criminals. The gun buyback reduced the risk of these scenarios happening. Suicide prevention information was displayed and distributed at the event.

We would also like to thank all of those who generously donated to fund the event. Major donors included Quinnipiac University, Pharmaceutical Data Services, Canal Crossing LLC, K&J Tree Service, Memorial Day Classic Car Show, and the Unitarian Society of New Haven. 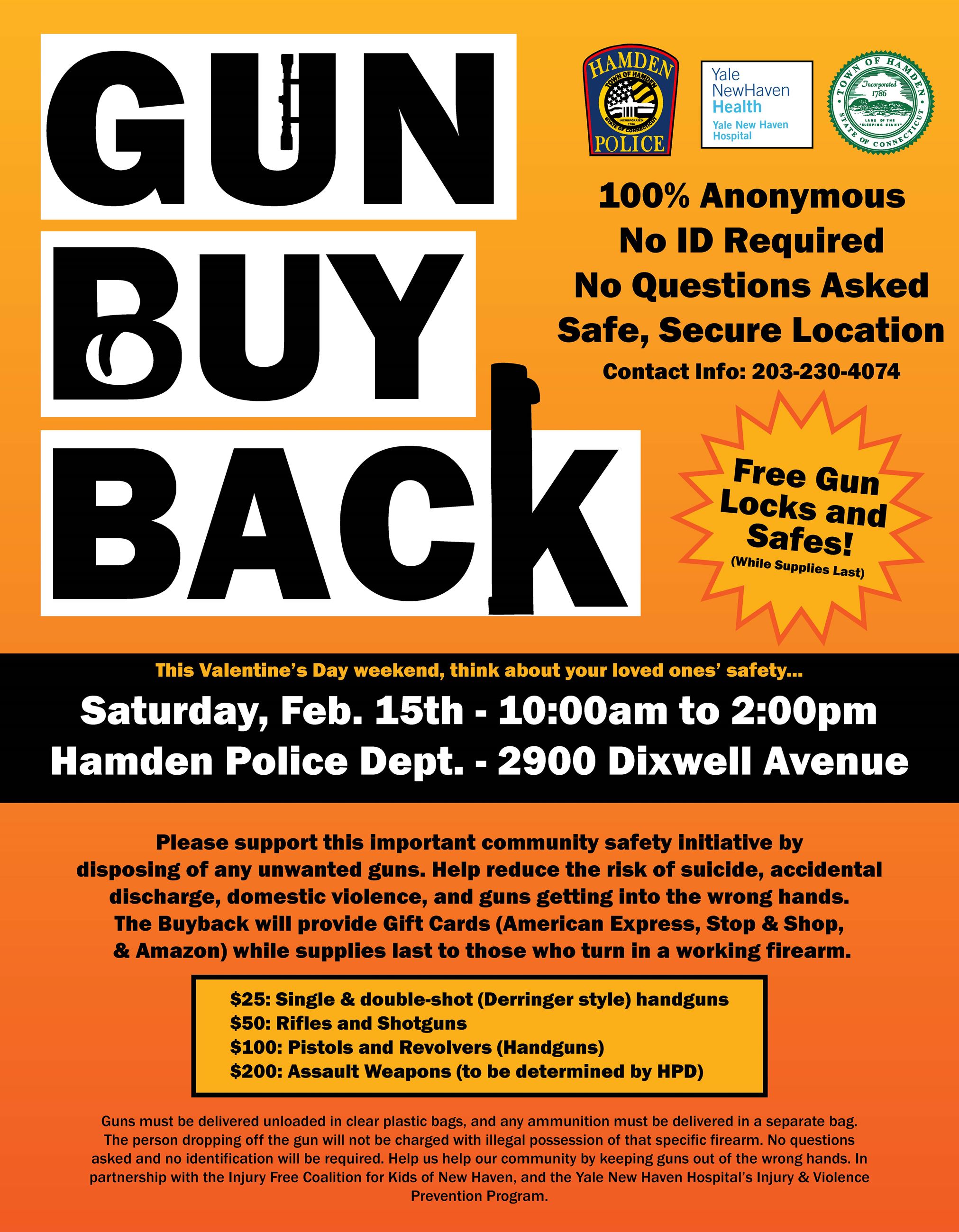 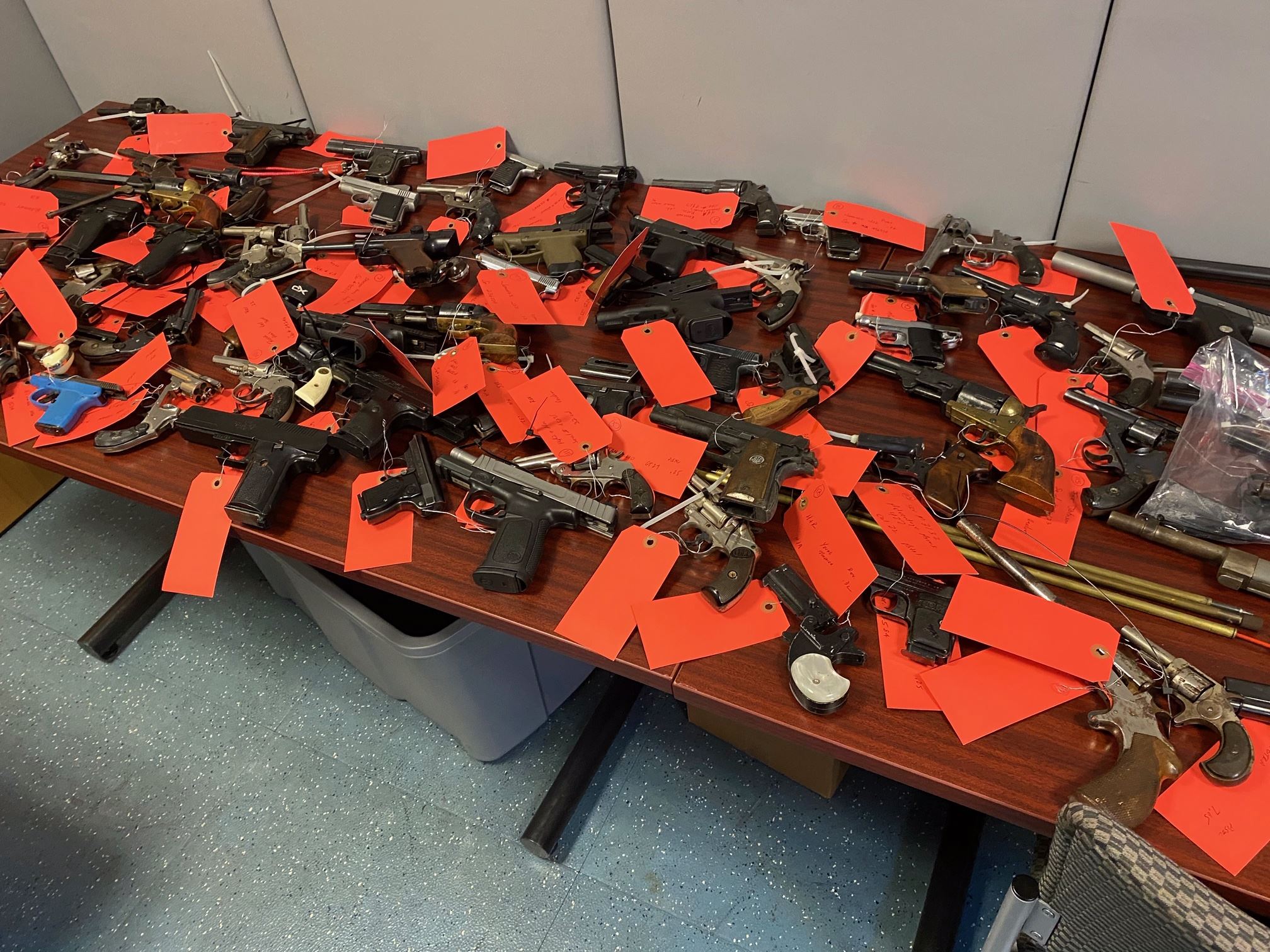 Some of the handguns collected at the Hamden Gun Buyback and Safety Event. 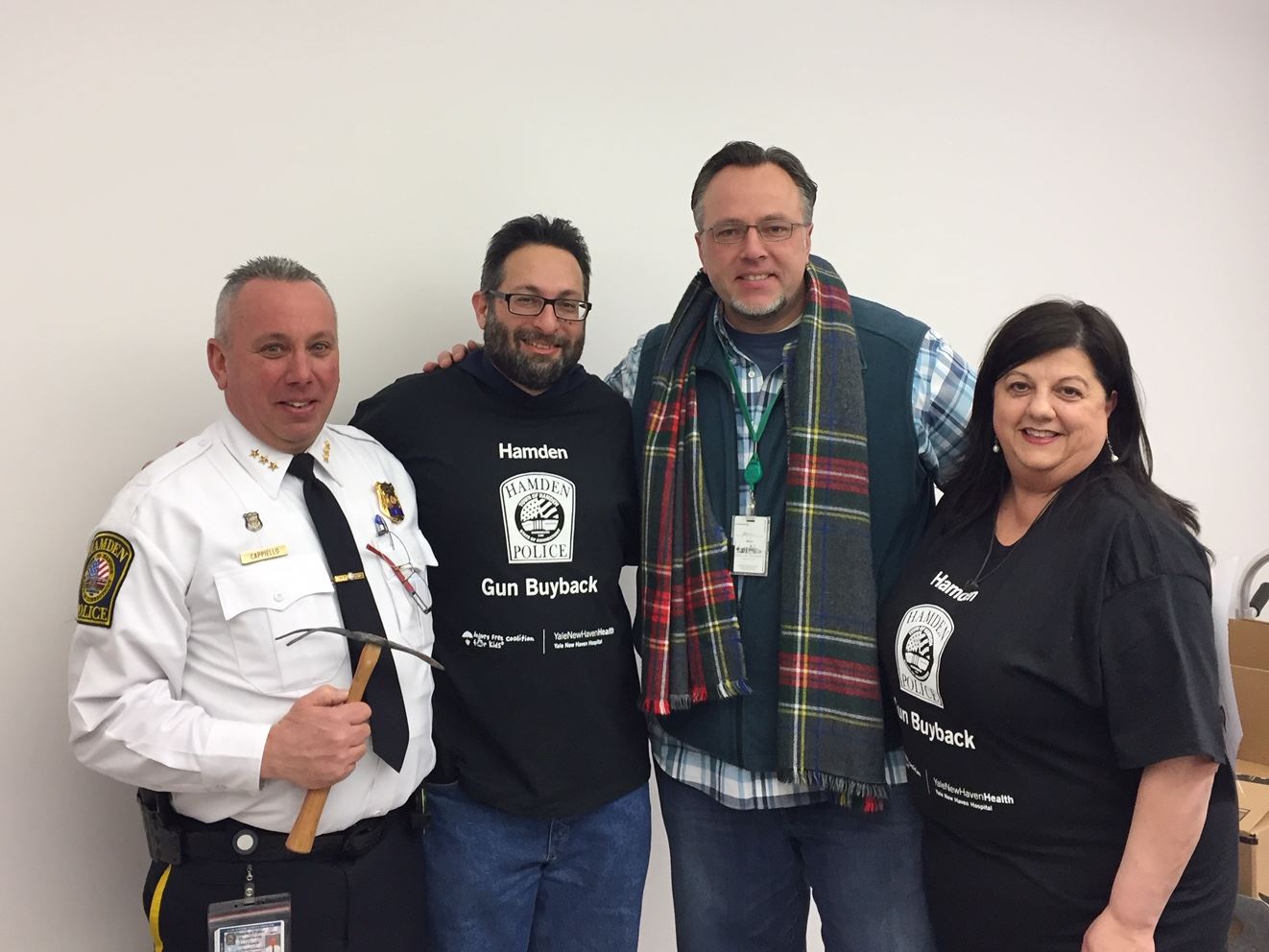 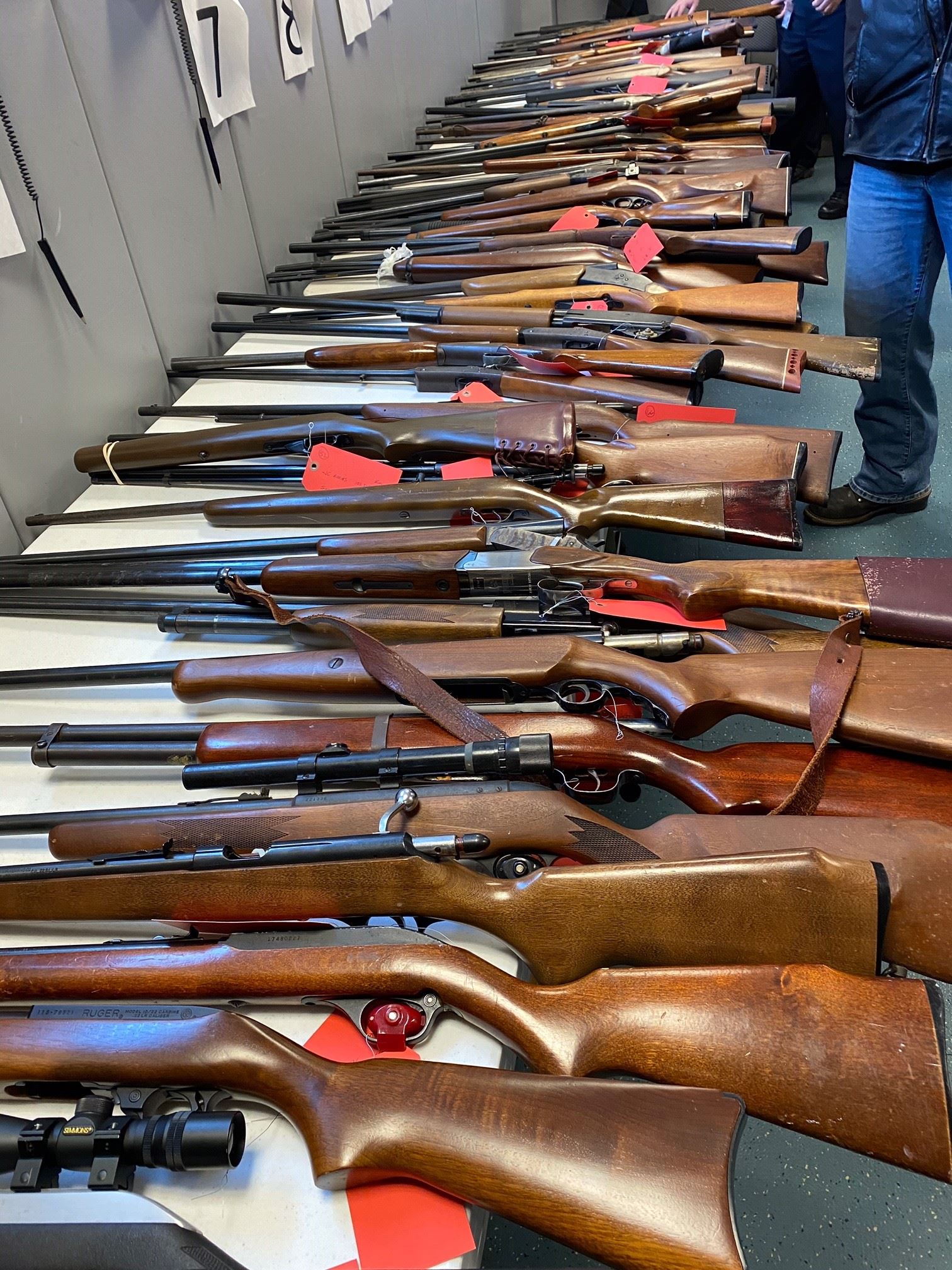 Some of the long guns collected at the Hamden Gun Buyback and Safety Event.

Mayor Curt Leng commented, “The success of Hamden’s first Gun Buy Back was a great example of bringing together the right partners that can deliver a positive and meaningful impact on our community. I’d sincerely like to thank everyone who helped make it happen, and everyone who participated. I look forward to planning the next one.”

Dr. Pina Violano, Manager of the Yale New Haven Hospital’s Injury and Violence Prevention Program, commented, “I am thrilled at the turnout and number of guns turned in. This firearm safety event illustrates how many unwanted guns there are out in our communities and the need for safe storage practices.  This event could very well prevent a gun-related injury or death in our own backyard.”

Police Chief John Cappiello commented, “I can’t be happier with the results, not only with the number of guns turned in but with the number of safes and locks that were given out. I would like to personally thank our partners, volunteers and donors, without them this event would not have occurred.”

Adam Sendroff, Community Development Manager, commented, “Decreasing gun injuries and gun deaths starts with reducing risk and prevention. Today we took a significant step towards that goal by collecting unwanted guns and distributing car safes and gun locks. Our homes and community will be safer because of what occurred here today.”